Reader has drawn an interlocking web of arrows between selected passages of A Song For St. Cecilia’s Day and added the notation “chaos”. 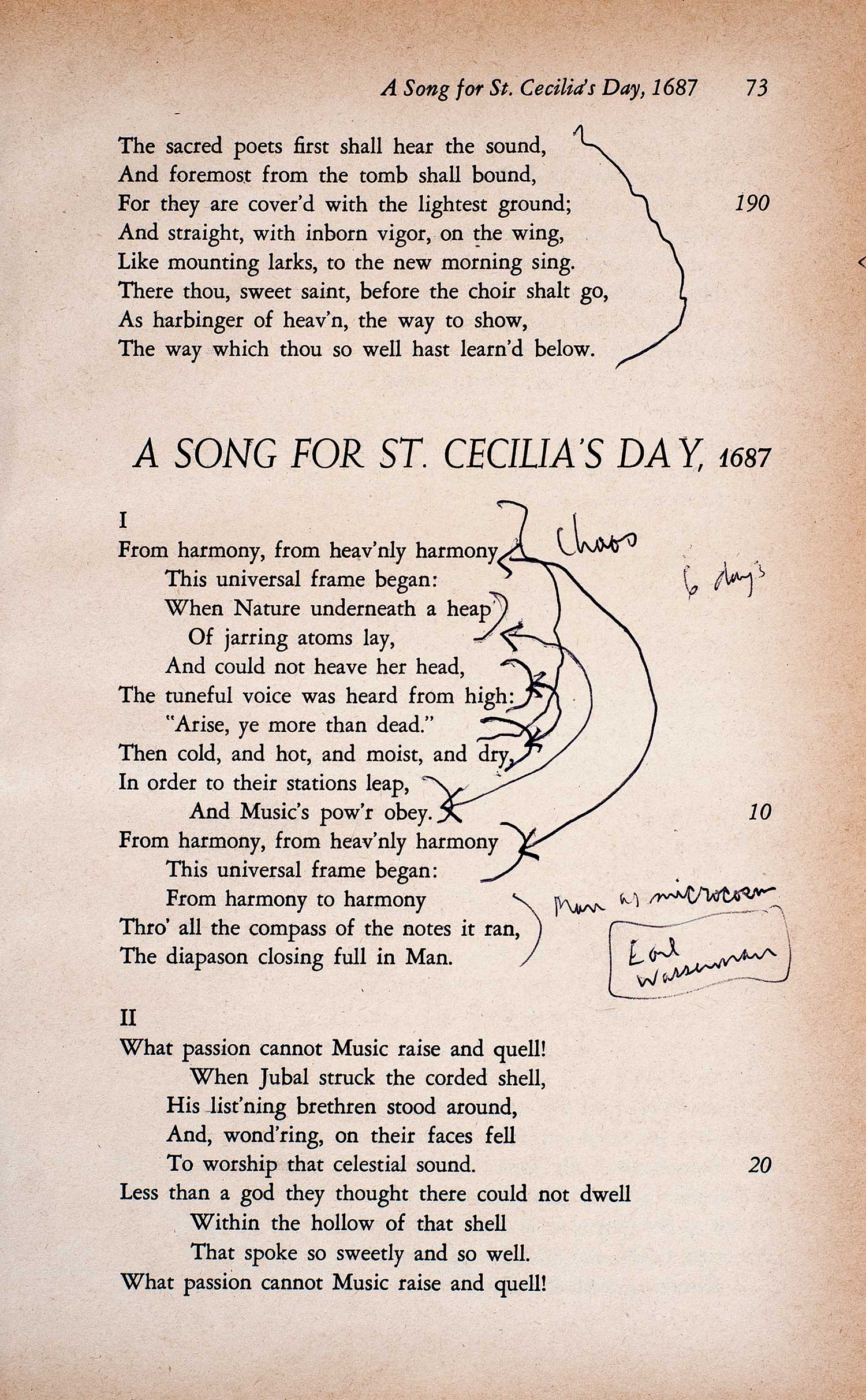